So what exactly is cantilever design, and when is it the ideal storage rack? 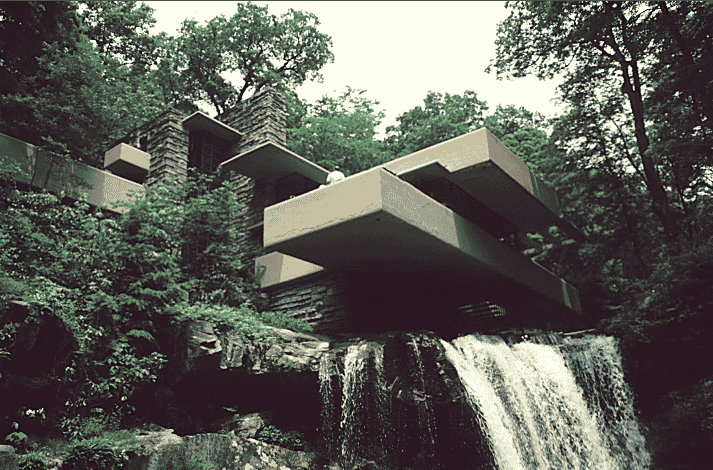 Modern architecture has used the concept of a cantilever design in some of its most memorable structures:  Frank Lloyd Wright’s Fallingwater in Pennsylvania, the Guggenheim Art Museum in New York City, and the seating and roof supports for many sports stadiums.

Basically, a cantilever design consists of a horizontal beam or assembly supported along only one edge and projecting or extending outward from that edge.

Though not formally introduced to the technical aspects of cantilever racking, most people are familiar with cantilever racks from having walked through the lumber section of their favorite do-it-yourself (DIY) retail box store, or the warehouse portion of a furniture warehouse-store.  So what makes cantilever rack systems special?

The columns, bases, and arms are typically made from brake-formed sheet steel or hot-rolled structural steel. Brake-formed columns may be straight-shaped from bottom-to-top or have a tapered-shape (deeper at the bottom and narrower at the top). The down-aisle spacing of the columns is based on the type of product being stored and its weight.

Cantilever racking can be either ‘single-sided’ or ‘double-sided’, ‘free-standing’ or ‘top-tied’.

For ‘free-standing’ cantilever racks, the cross-aisle stability of the columns is provided by the bases which are either bolted to or welded on the bottom of the column.  ‘Free-standing’ systems rarely exceed 30’ in height and are typically loaded and unloaded using a counter-balanced forklift.

In addition to the bases, ‘top-tied’ systems have cross-aisle tie beams at the top of the columns providing additional strength and stiffness to the columns in the cross-aisle direction.  These systems often exceed 30’ in height and typically are used with lighter loads such as furniture storage (vs. lumber or pipe storage).  ‘Top-tied’ systems are typically used in conjunction with narrow-aisle man-aboard forklifts.  Narrow-aisle forklifts typically require some form of floor guidance system.

When to Use Cantilever Racking:

The key to good warehousing is to

While selective (pallet), drive-in/drive-through, push-back, and pallet-flow racking function at their best when the SKU’s being stored have a consistent width and depth, they are not very space-efficient when the length/width of the stored product varies.  Since cantilever racks are typically designed for single-depth storage, visibility of and easy access to product are two other great features of cantilever racks.

There are multiple factors that affect the final design of a cantilever racking system:

For racking located within an existing warehouse or industrial facility:

For racking located outside on a concrete pad: 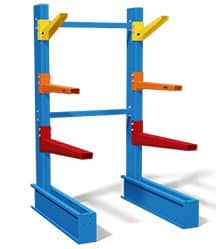